VIP is the 5th mission in SAS: Zombie Assault 4. It is considered by some players as a bothersome mission due to the fact that players must protect the VIP, whose AI coding makes him follow the nearest player without caring about any zombies between him and the player. He's also quite frustratingly pompous, as he will complain and hide your mini-map whenever you shoot something in his house.

The VIP is trapped in his house and is in a safe room due to heavy infection in his house. SAS must evacuate the VIP from the house and survive until the evac. chopper comes.

The player(s) start in the entrance of the mansion. They'll be walking into the house where zombies will spawn in certain parts of the map. In multiplayer it is safer for the squad to stick together and cover each other as they proceed through the map. There's a balcony which can be opened by shooting at the doors, which comes in handy when being chased by waves of zombies. Because most routes lead to dead ends, it is not smart to run around as the player can easily be cornered. There is also a fish tank in the living room that contains a number of Puke Worms, in Nightmare Mode those Puke Worms could be Nightmarish. Low-level players may want to avoid destroying the fish tank unless they are going for the Redecorator achievement, in which could still be achieved without Nightmare Mode on, therefore completing the achievement without risk of dying. 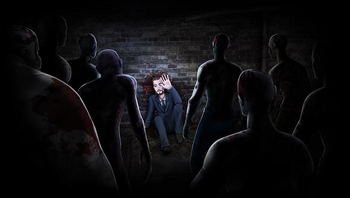 The image for letting the VIP die in the mobile version 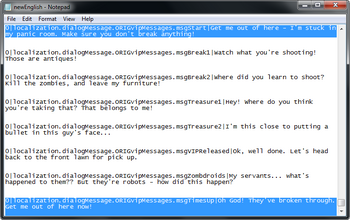