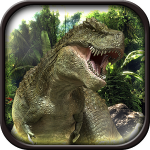 Not really sure what all to say about myself, so I'll just mention my role on the wiki. I became a rollback after helping undo multiple edits (I have no idea how many) of an anonymous user who was removing content from pages and replace it with a vulgar phrase.

I'm also a chat moderator, although I had no idea there were chats for wikis now. A lot has changed about Wikia without me even realizing it during the time I was inactive and hadn't bothered to check any of the wikis out.

I have only played on singleplayer except for a few very rare occasions. The only time I have gotten on multiplayer extensively was for the Alpha virus event, which I finished in the top 1.8% in only 15 hours of effort. I also gained one level, 80% of another level, and $2.48 million cash from doing the Alpha virus event. I could've gotten to top 1% but I didn't only because hadn't felt like going any further.

Edit: What I say in the first paragraph is no longer true. I get on multiplayer five times a day, but only for nightmare mode because of the massive cash rewards that you can get in it. Otherwise, I usually stick to singleplayer unless a level 60+ player (or low level alt of an experienced player) wants to do a private match together. I've gotten to level 61 in two months time this way so I'll never change my tactics.

This table below is based on something I found posted in the forums on Ninja Kiwi's website in addition to corrections I made with a few of the zombies. I hope it helps with people figuring out when certain enemies appear. If you know when a certain zombie appears (that I leave out) on singleplayer, please let me know on my talk page as I'd like to know when all of the enemies in the game appear. And if there are any errors, let me know.

May not be recorded because I can't pause on multiplayer if it goes past 15 minutes, can't guarantee a win (to show it can be done being the only reason), and lag issues with multiplayer may ruin my chances of recording it successfully.

Retrieved from "https://saszombieassault.fandom.com/wiki/User:Lady_Blue?oldid=118887"
Community content is available under CC-BY-SA unless otherwise noted.