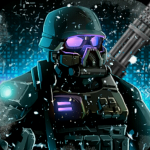 Hey! Welcome to my profile!! I've been a player of SAS:4 since late 2014 but became a regular player just before the Mixmaster had its 12RPS cut to 6RPS. Im mostly a mobile player, but I do have access to a computer where I make edits to the wiki from as well as research the game.

What I do & Introduction

Allister Vernon Coates, a more espionage type assault with HeteroChromic Irodocyclitis, as well as being 43 years of age; born December 14, 3052.

Build In progress, the biggest work in progress

I play SAS:4 on mobile but I have a few hours into the flash version. On Flash I've only had an Assault class that was around the 23 level threshold, But on mobile my two highest level characters were a 64 Medic with my own playstyle I call a "Selfish Medic" and a 70 Assault with a "Maximum Damage > Speed" playstyle. I've had a total of 9 character profiles across Mobile and flash, all totaling ~97 hours of game time. If you would like to see my main characters, theyre also OCs of mine as I write about them, the world/universe of SAS, and create new weapons and arnor for them! I have a few weapons shown below, but theyre just a few out of 100+. Anyways, heres My heavy, Cyrus, and Allister, my assault!

Theres the links to see some plentiful but basic information about them as theyre always going to be a work in progress. (( A work in progress as in new Weapons with Other weapon's stats as place holder formatting, and notes scatter about)) Incase my links dont work, or you dont want to be exposed to cringe, you can look above this and see even more basic information about them in the info !! But, like i said, please Keep in mind that Allister and even Cyrus are still a work in progress, and that if you do read their documents that there will be sentences that remind myself to edit certain things, thats my "notes scattered about" as stated earlier. On some things, information hasn't even been written down yet! And as a P.S. note, keep in mind that in the 'lore' of these documents, the SAS aren't the Special Air Services that they are believed to be in game. Even Humanity as a whole evolved from Homo Sapien Sapian to Homo Memoriam Sapiem, or, greater human, being the 31st century and all. Honestly, thats just my explanation to how humanity can survive on a mega earth ((Aartis/Kepler-187)) and my excuse to why the humans in my lore can live to ~2years so i can write plentiful backgrounds to them, I think Allisters is the most intruiging so far!

Here are those weapon edits i make when I get ideas of something that I think would be interesting. Heres a few weapon examples! Keep in mind that incredible detail about them, including Caliber and bullet diameters, magazine capacitys, military designations and model names, okay you get it i write alot about these bad boys!

Retrieved from "https://saszombieassault.fandom.com/wiki/User:Exq%C3%BBisite_Meran%C3%B8k%C3%ACa?oldid=130331"
Community content is available under CC-BY-SA unless otherwise noted.