Editor’s note: This page may be subject to change.

Faction Warfare was introduced in version 1.10. The goal is to compete and conquer various planets amongst various factions. Each planet has different milestones to achieve. Conquering a planet gives players in faction benefits such as planet specific Favours and Faction Credits.

The Morlok Mining Co is hiring competing groups of SAS agents to secure their interests on lucrative mining worlds. Mercenary Factions within the system are offering temporary contracts to join and fight alongside your teammates to complete milestone objectives on each world. The first faction to reach each milestone will gain control of the planet and earn planetary favors for as long as they hold it. Other factions can take control of the planet by being the first to reach the next milestone. Your performance on missions will also earn you Credits. Credits and planetary favours can be traded in the Morlok Armory for exclusive gear, packs of equipment, or cash.

The Faction Warfare Store is one of the mechanics introduced alongside the initial Faction Warfare mode. It uses Faction Creds and Planet Creds as its main currency. Said store offers: Strongboxes (From Neodymium up to Nantonium/Black and its keys.), Weapons (Usually 10**/10***

Rewards are split into two. Faction creds and Planetary Favours. These rewards can be used to purchase items from the armory.

Out of all of these, egg extermination is the most effective way to get faction credits because all you need is a speed armor build and a gun that can destroy an egg in seconds

Capturing a planet will reward the faction with planet tokens. The higher the faction's contribution to a planet, the harder other competing factions can capture the planet. You'll earn a planetary token every 6 minutes from a captured planet of your faction.

With faction credits and planet tokens obtained, one can spend them on various items in the Armory, the Faction Warfare store. Level 5 and higher strongboxes, 10***

keys, a consumable pack, new Faction Warfare weapons exclusive to the Armory, and as of now, an Elite Augment Core are all things seen in the Armory so far that can be purchased.

Weapons and Armors available to be purchased in the armory.

Players are split into 4 different factions which may be the following:

There are 5 planets as maps for Faction Warfare mode. All maps, while sharing layouts & elements, have some of the routes being different from one another (either being blocked or given spawn spots for Zombies). Zombies from each planet have different buffs [see below], thus giving players more challenge to deal with. In each Faction Warfare event, each Planet is given a different objective (sometimes, 2 planets will have the same objective).

A volcanic planet that holds precious minerals and metals. Prior to the invasion it served as a mining platform to Morlok. Due to its precious minerals and resources, Morlok is willing to sacrifice whatever they have to regain this planet. Zombies here have 25% extra damage due to adapting to such harsh environments.

This looks to be a lush vegetative planet (based on looks) that Morlok has set their headquarters in. This planet is where the base of operations and the main company of Morlok resides (at least within this system). To secure operation within the company remains smoothly this planet is required to be defended. Zombies here have extra 15% health and 10% extra speed.

Sigma is an oceanic planet. Zombies here are reported to be more healthy than normal. Zombies here have extra 15% health and 25% extra attack power.

Omicron is a gas giant planet. Omicron's gas is harvested and used by Morlok for various industry applications prior to the outbreak there. Zombies on Omicron have extra 20% speed after adapting to the gassy and less dense planets.

The following patch notes are relating to updates related to Faction Warfare, starting from 1.10.

Editor's note: These patch notes are almost exactly the same as the ones in game.

A massive thank you to everyone who has sent in feedback and bug reports.

A massive thank you to everyone who has sent in feedback and bug reports.

We would also like to give and extra thank you to the community members who have gone the extra mile gathering feedback, bugs, and even providing video examples. We appreciate all the hard work. 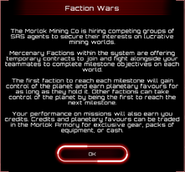 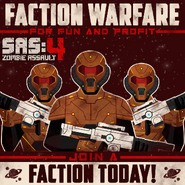 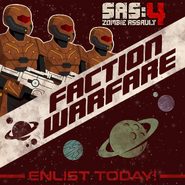 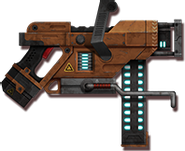 A unique failscreen for the Power Up mission.